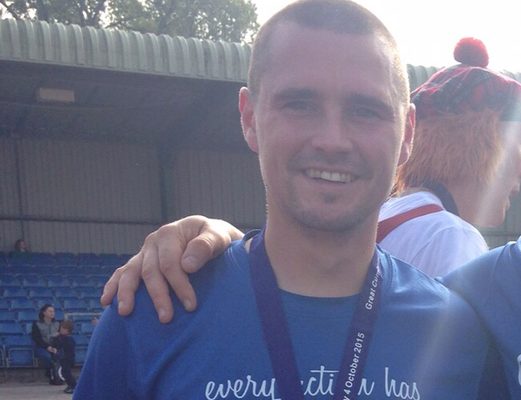 The team at Thorne would like to say a massive well done to Dan Barton, our Senior Engineer, who completed the gruelling Cumbrian Half Marathon in a staggering time of 1hour and 47 minutes.

Dan ran for his good friend Adam Rogers who sadly died as a result of a random attack in Blackburn town centre.  The night Adam was killed he was trying to act as a peacemaker.

Adam’s family set up the charity ‘Every Action Has Consequences’ in his memory. They work tirelessly to try and inform young people about the futility of violence in our streets and how in recent years too many young lives have been aimlessly lost. The charity works with young people (particularly those under the age of 25) on the dangers of violence and the serious consequences of these actions.

So much good work has been achieved to date by everyone involved in the Every Action Has Consequences charity and by Adam’s family and friends.

Adam’s mum Pat can be extremely proud as it was announced this week on the Lorraine Show that she has won the prestigious “Woman of the Year 2015” award for her amazing and courageous work with Every Action Has Consequences.